Hydro-Wire always shows that he never cares about people around him but actually deep inside he does. He sometimes lacks control on his emotions but often takes decisions practically. He is one of the most agressive characters which are further coming soon. Hydro-Wire has trust issues. He can never trust anyone 100% not even his family. He believes no one is perfect but the main reason is his past.

In short: Was an innocent child – bullied by some boys for 4 years – tortured by a mysterious masked man – at age of 9 decided to be evil to live in this ruthless world – at the age of 10 met with a girl who made him realise that he was thinking wrong about the world – he got crush on her – at age of 11 shifted to new place with his parents and never could tell her his feelings – he is perfectly balanced now – want to free this word from evil – got powers by Zeus and Poseidon.

In long: Once he was a happy child who used to believe on positively. When he was 5 years old he, with his parents,was shifted to a society. There were many bullies. Hydro-Wire used to believe in sympathy and empathy but as time passed torture increased. He was such a loser who used to be beaten by those kids. One day a man attacked on him and gave him pain and ran away. Hydro-Wire was saved by his parents. Now he realised that to survive he has to become ruthless too. All those tortures changed him. He chose to become bad and take revenge from everyone who used to bully him. Till the age of 10 he decided to be a bad boy but eventually got crush on a girl which he didn’t want,but it was beyond his wish. That girl changed him and made him realise that he was just becoming like who he used to hate. And now he was balanced, he was neither bad nor good, he is just a guy who wants to destroy each and every evil living being. Then at the age of 11 he was again shifted to a new place with his parents. Sadly he could never tell that girl about his feelings and still miss her because she changed him.

Later he met a boy who he could call friend other than his parents.

During summer break he was hit by the dangerous lightning, during which was not just a normal lightning. It was a lightning ⚡ caused by the king of gods, Zeus!!

Hydro-Wire was granted with the powers of electrokinesis by Zeus and Hydrokinesis by Poseidon.

There are some terms in case if don’t know about them then you can search it, these are-:

Now if read the whole story there might be some questions in your mind that what is the real name of Hydro-Wire and his parents and who was his crush who changed him so much.

Also this new friend of Hydro-Wire is also going to someone really special. And that mysterious mask man is also…..oh sorry am I spoiling. I was just saying that all the answers and some details which are left will be given to you 😉 in my next post 🙂

Till then read this enjoy the story and please like and support me so that I can share more interesting stories and twists and comment to tell what you think about it and what is going to be in next story. Are you excited?

I am going to make something big, I mean a bunch of superheroes actually. Please check my post 'Hydro-Wire' I started my work with this character. His story is great in fact my first post is just a trailer for my stories. Please read it you may find it interesting. I will going to post each and every superhero just like Hydro-Wire is going to destroy each and every villain. Didn't get the last Hydro-Wire line don't worry just check my post Hydro-Wire here https://www.ocfancy.com/original-characters/hydro-wire/

The Self Insert I’ve had for 4 whole years 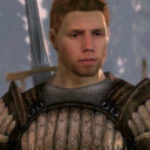 @peepso_user_2(thisbemax)
Do we get to see any Hydro-wire pics?
1 year ago 1 year ago 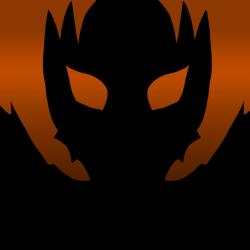 @peepso_user_224(Hyplosivecomics)
Of course, I have already posted his two pics in different versions of armour. I will also post his pic without armour.
1 year ago 1 year ago