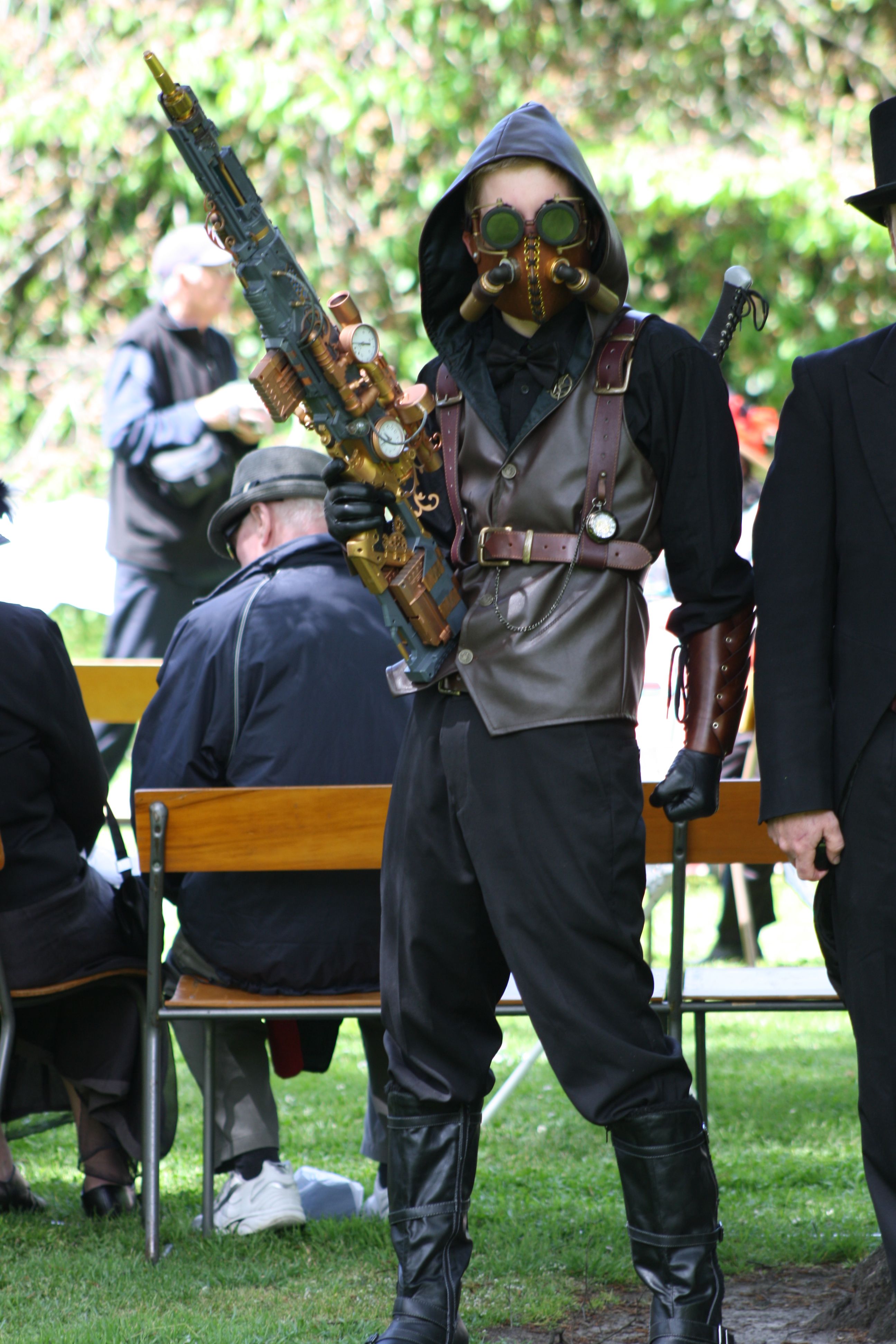 Mental illnesses: Tics in the form of glitches 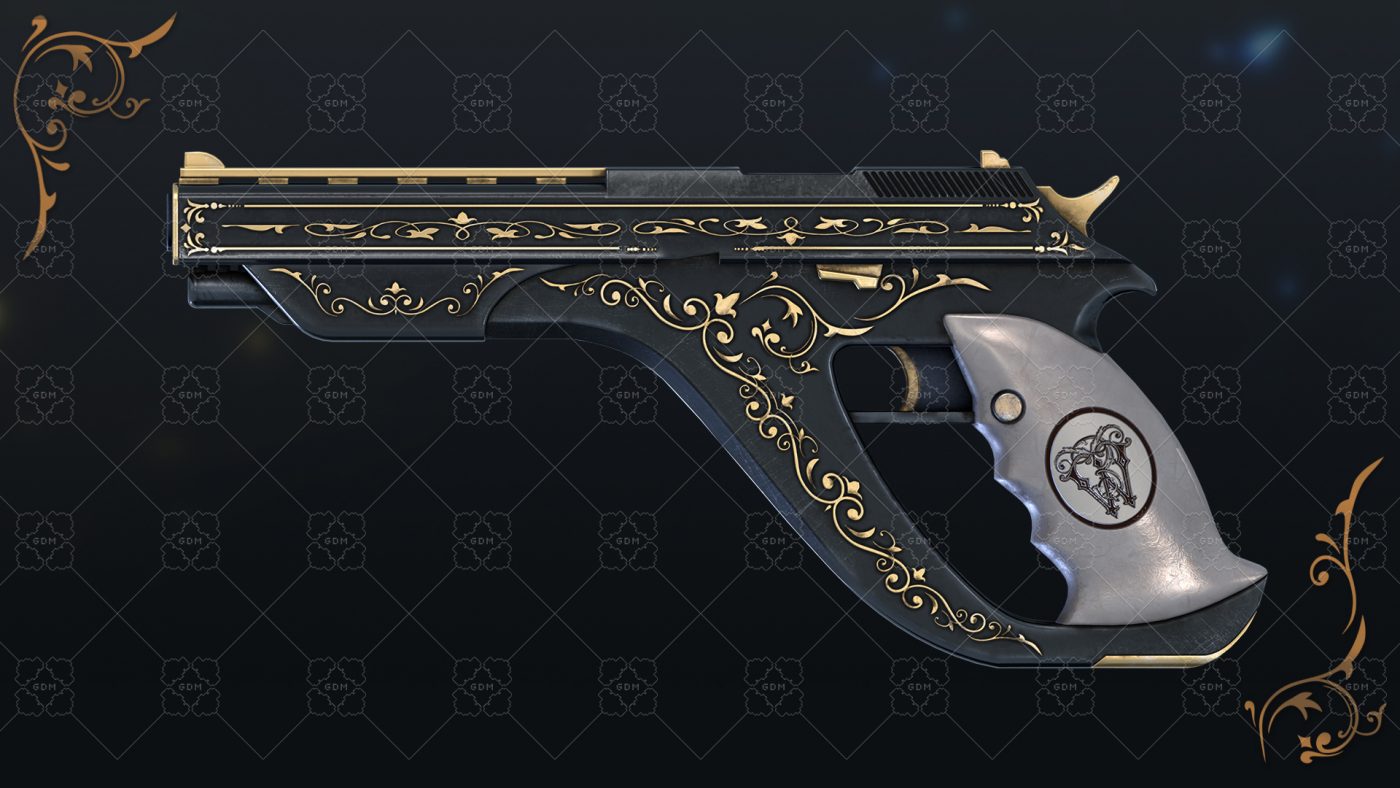 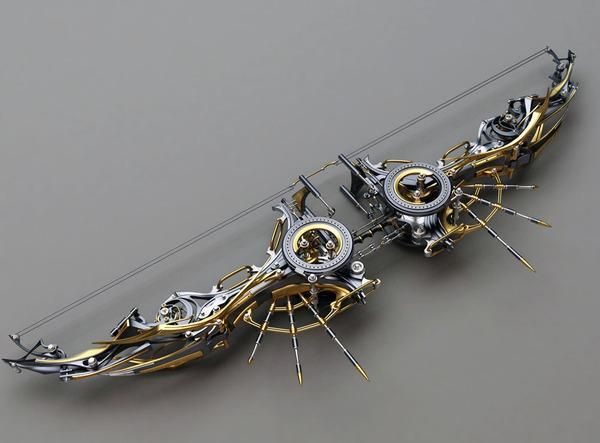 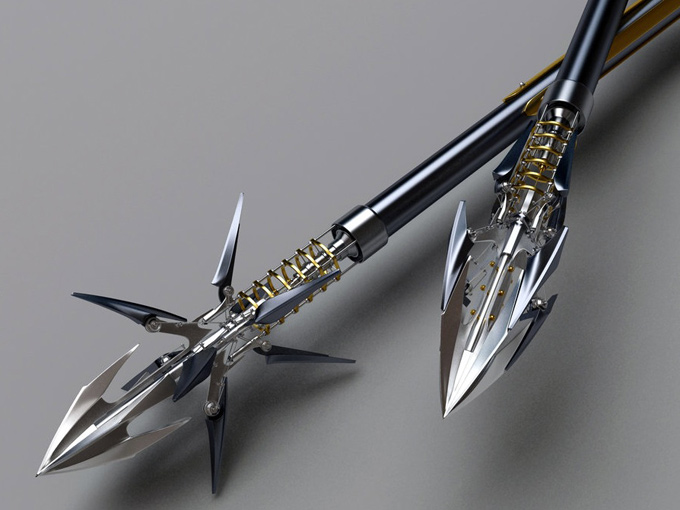 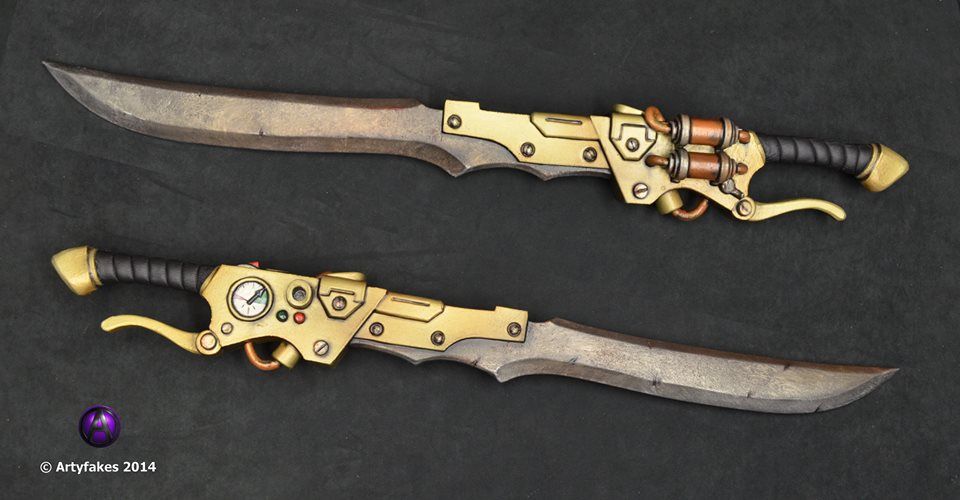 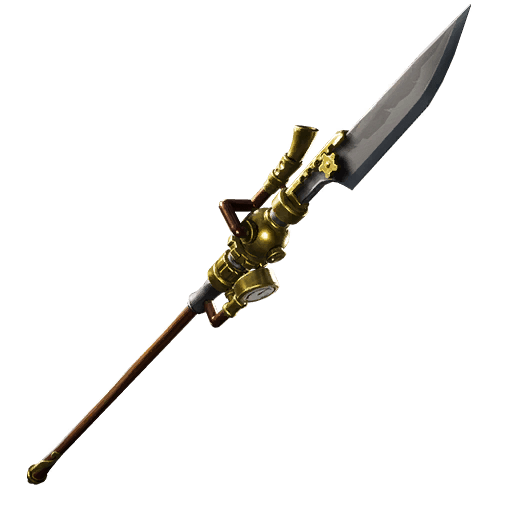 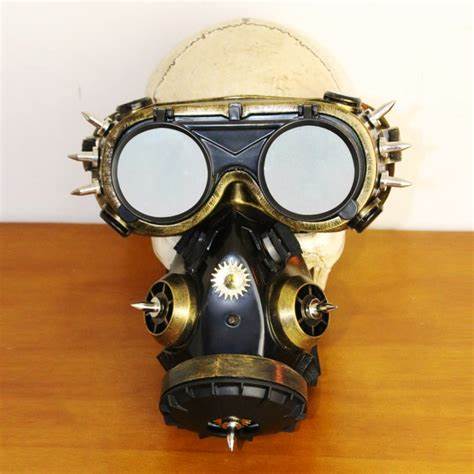 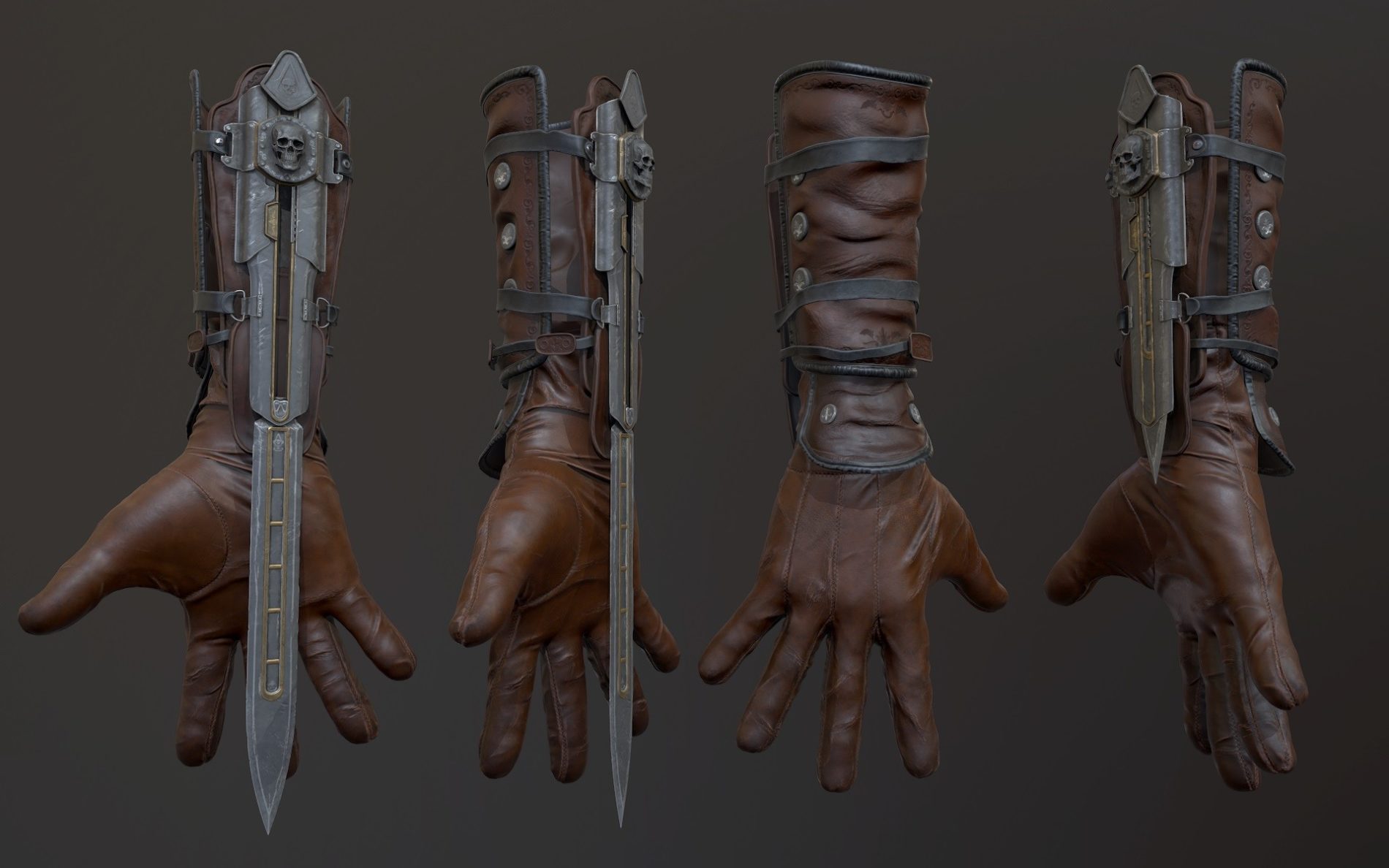 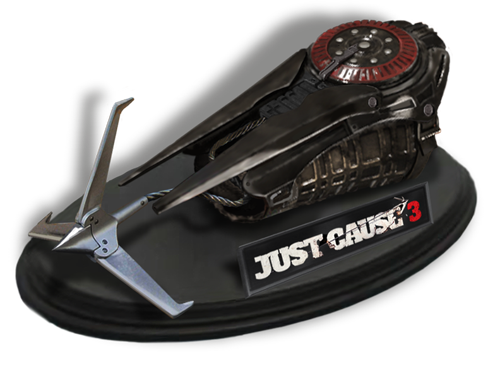 Poison Combat: can utilize poison in physical combat, making their every touch potentially fatal. They can utilize variety of poisons, ranging from pain-inducing, disorienting, nauseating to lethal poison.

Stealth Combat: He can combine stealth with physical fighting, allowing them to make surprise attacks on opponents and attack without being seen or caught. He usually does this by using his speed to quickly sneak attack an enemy’s pressure point before just vanishing

Semi-Immortality: He never ages, and as a result, he will stay young forever or at least never suffer the ravages of aging. Because of this, he will always in his physical prime.

Supernatural Speed: A testament to his speed is first shown when he flawlessly stitches his own severed arms in a matter of seconds, with his hands looking like a mere blur. Most remarkable of all, he was able to notice that an opponent was going to move, appearing behind them, and putting his hands on their shoulders before they could even catch a glimpse of him or make a single step.

Supernatural Reflexes: He has unnaturally superior reaction speeds over other beings in their universe because their capabilities are pushed beyond the natural level, making them able to react faster than regular beings

Supernatural Balance: He automatically achieves a state of perfect equilibrium in any position imaginable. They are able to adjust their position by instinct, which enables them to perfectly balance themselves on any object, no matter how small, narrow or unstable it may be.

They are able to achieve feats that utilize the facets of balance in unique ways, such as constantly moving without losing balance, hanging upside down and not getting dizzy, closing eyes and standing on a single finger, dodging objects with superior finesse, and being incapable of succumbing to vertigo, nausea, disorientation, and the effects of weightlessness.

Supernatural Agility: Cam can run on the sides of buildings and easily jump horizontally from one to another. He can also easily climb multiple floors of a building in a matter of seconds.

Supernatural Endurance: Machi is extremely resistant to pain. Even though he was once stabbed in the chest, breaking some of his ribs and ripping through muscle, and damaging some of his machinery he still managed to restrain an enemy while keeping another bound. Despite the multiple damages, he was later seen moving with a slight limp, breathing with his breath ragged, and speaking with his voice glitching.

Vacuum Adaption: can survive and adapt to the vacuum of space unaided and are able to withstand atmospheres (heat intensity and any poisonous chemical elements), cosmic media (radiation), strange gravity (even sometimes that of a black hole), and lack of air.

Protected Senses: He can nullify any effect that damages or influences the senses, they are unaffected by blinding lights, deafening explosions, and extreme flavors/smells.

Enhanced Vision: He has enhanced vison beyond that of the peak that can be achieved by humans, allowing him to see with amazing clarity/detail, distance, or color and in the dark. Though his ability to see in the dark is due to his goggles.

Ultraviolet perception: is able to perceive ultraviolet radiation, allowing them to see colors other can’t, see well underwater, in the fog and in the rain, see fingerprints left on objects, as well as other traces such as saliva and blood this is also achived with his goggles

Fog Vision: He has the natural ability to see through clouds and fog of any kind. This includes clouds of mist and vapor, gas clouds, smoke clouds, dust clouds and any other clouds that impair the vision of others.

Telescopic Vision: With this natural ability he can zoom their vision in on things, allowing them to see distant objects in magnified scale.

Bio-Electricity Infusion: He can infuse his bio-electricity into his wires or his iron, giving more reason to be extremely careful and quick when he pulls either or both weapons out

Iron Sand manipulation: He can shape and manipulate iron in granular form, ranging from coarse, sand-like consistency but he can only control a small amount of it.

Iron Sand Whip: can create metal whips from his Iron sand allowing for restriction and attacking

Body Language Analysis: He can intuitively read others’ body language and expression, allowing them to anticipate their actions and respond accordingly

Archetype: Assassin: He can perform the art of assassination better than the average killer, able to dispatch his victims without so much of a struggle or even having to be near them and cover their tracks.

Hunting Intuition: He can easily track anything under any conditions, automatically sense the weaknesses of their prey and exploit them and finally kill or capture their prey.
Stealth Intuition: He can also use this knowledge to counter any stealth-based attacks and/or surveillance. Cameron can move around without leaving any trace, if he does leave behind a trace such as broken sticks or disturbed leaves, but to the less observant eye, it would only be said to be wild animals.
Pressure Point Intuition: He possesses immense innate knowledge of pressure pointsand nerve clusters of anything, and can instantly produce a variety of effects by striking said pressure points in just the right way
Karate Intuition: He has complete mastery of karate techniques and its disciplines. Using the hands and feet to deliver and block blows, widely practiced as a sport and form of self-defense.
Judo Intuition: Judo is a Japanese martial art that focuses on either throw or take-down an opponent to the ground.
Melee weapon proficiency (Knife, Chainsaw sword, Spear, Dual Blades)
Ranged weapon proficiency (Rifle, pistol, and Bow and arrows)
Wire Proficiency: He demonstrates a natural aptitude for the way of using the wire or thread as a weapon/tool. He can wield a wire or thread with great proficiency in range, accuracy and speed allowing him to perform feats such as wrapping then pulling things or bringing them closer, binding their opponents, scaring/lashing opponents, binding then snatching other weapons, swinging from high altitudes and slicing the flesh of his enemies when striking at great speed.
Concealed weapon proficiency: He is a master in using concealed weapons, including weapons that can be hidden on one’s person, disguised as something else or hidden by other means.
Pistol Proficiency: He is able to demonstrate great skill, accuracy and efficiency in using pistols, being able to take on huge groups of aggressors while keeping track of ammunition consumption and reloading at super speeds.
Sniper Proficiency: This entails that he can wield sniper rifles with great skill, being able to snipe enemies from any range effortlessly. He is also privy to the inner workings of any type of sniper rifle, being able to assemble it easily as while as being able to notice any defect or issues with a sniper rifle his using.
Parkour Intuition: Is extremely knowledged in Parkour the activity or sport of moving rapidly through an area, typically in an urban environment, negotiating obstacles by running, jumping, and climbing.
Parkour combat: He can combine parkour and free running skills with physical fighting, allowing them to take on their opponents while overcoming obstacles and changing his direction.

Weaknesses:
Fear and weakness of Fire

Losing to many limbs

Iron sand can be melted

He can’t create the iron sand

Wires can be melted/cut with the right powers or Equipment

Find, Examine and Study any and all Supernatural (On-going)

Allies: Pretty much his employers