Mur’raz, along twin brother Shur’raz and younger sister Daestra moved to Adrekos (main campaign city) from Amonkhet, the land of endless deserts, when they were young adults. They spent most of their childhoods struggling for survival in the desert wastes, moving to Naktamun when Mur’raz secured an apprenticeship with a leatherworker in the city.

Ever so slowly, the three began their own business, with Daestra hunting and providing the raw materials, Mur’raz treating and shaping the leather, and Shur’raz adding metalworking when need be. They traveled for most of the year, going from one far flung town to the next to sell their wares, but with trading opportunities so few and far between, they set their sights across the mountains to Adrekos.

The trip went relatively well, with only a few winter storms to delay their arrival, and they soon made their way to Adrekos. Together they had just enough money to begin renting a workshop in the Silver District, and a few years later were able to buy it outright. Their previous system still stands, Mur’raz with the leather, Shur’raz with the metal, and Daestra with the hunting, though Shur’raz now has his own private workshop elsewhere in the district. They named their shop ‘The Amonkhet Array’ and all of their wares boast the particular styles that are (or were) popular in the Pharaoh’s city.

Mur’raz and Shur’raz carry their orcish bloodline through their mother Kitir, who died several years after their birth protecting the twins from several giant desert hyenas. Their father, Masud, abandoned them to journey East to seek better prospects than what a life of hauling around two young teens could give. Mur’raz and Shur’raz, now 14, set out on their own, wandering from town to town to beg.

While Mur’raz ans Shur’raz are actually twins, Daestra is not technically related to them. They found her, another discarded half-orc, in the small city of Tamesir when she was 8 and they were 14. They decided to stick together, and the running joke became that they actually were related, and that their father just had gone around dropping off kids for them to find. Because of their very close appearances and personalities, Daestra’s relation to the twins is rarely questioned.

Mur’raz fights as a barbarian, Shur’raz as a dual-wielding rogue, and Daestra as a ranger. When they hunt together, Shur’raz distracts the target while Mur’raz pummels it, and Daestra snipes from afar.

A Life of Fighting

Mur’raz came into this fighting style of Barbarian bit by bit, and then all at once. The largest of the three, he was usually one to charge forth into the fight, and discovered his ability to rage for the first time when a pack of jackalwere tried to drag Daestra off in the middle of the night. Together the siblings slayed the beasts, and Daestra claimed one of their trained striped hyenas as her own, naming it Rasha.

After several lackluster and disappointing experiences of Adrekos’s array of ‘high class’ brothels, Mur’raz found himself in the Bronze District, searching for a new experience. He found the Velvet Sail, and while none of the workers were quite his taste, he continued to frequent the Sail if only because the atmosphere was more interesting than the others.

Mur’raz was Wynn’s first client when they arrived to work at the Sail, and Mur’raz was instantly fascinated by them. Their relationship, while just business at the start, is slowly growing, with Wynn taking Mur’raz in as the occasional confidant and friend, though Mur’raz is unsure if this is just a way of ensuring his loyalty to Wynn and the Sail, or if Wynn’s affections are true. He frequently buys Wynn pretty gifts, and their running joke is him asking Wynn if they would run away and marry him, with Wynn always saying things like “sure, in the year of never and the month of then” and “when you’re as tall as the mountains” and other cheeky things. Mur’raz knows Wynn would probably never marry him, but likes to let them know the offer still stands.

Mur’raz enjoys a steady stream of business with his siblings, and although it is mostly Daestra that does the hunting, the whole crew travels frequently to hunt together like they once did and bring their wares to the smaller towns of the Free Territories.

Though Daestra never knew Masud and Shur’raz has long written him off, Mur’raz likes to think that one day he will find his father and confront him for leaving the family. Mur’raz is torn between wanting to show Masud how prosperous his children have become, and beating him to a pulp for abandoning them.

memories of pre chaos: part 2: keepers of the magma eye

…darkness filled the mysterious room. in the center are two pepole… orange pepole.. they are on chairs, tiad to eachother in their hands and legs, their heads are covered by empty wheat sacks the what sacks are removed and a mysterious voice starts speaking. “alright, listen here. we have no time for bullcrap, aight? where […]

Chapter 4   ••• Roger Stewart was a Hispanic 15-year-old human with brown hair, dark green eyes and was wearing a cube-patterned t-shirt. He walked into the Medic Room, looking at Hyku. ”You alright, Hyku?” He asked, his voice low and calm. “Eli and the others told me what happened.” Hyku slowly nodded. “I’m alright, […]

***Warning: This story may contain violence, blood/gore (to a certain degree), language (dashes or stars will be used), angst (again, to a certain degree), hints/mentions of sex (although none is done within these stories), and more. You don’t have to read the story if you’re not okay with this content. This story is in Quince’s […] 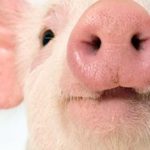