Apocalypse; an event that describes a catastrophe on either a local, national or global scale. Many Mythologies and stories have involved some kind of apocalypse..but none were possibly as big as the most recent—and very real—one.

In 2043, a Drought and Heat-Inducing Calamity occurred on a worldwide level, causing the entire Earth’s Temperature to rise rather quickly. Buildings were either destroyed or covered in Sand. Many people died of becoming Overheated, Starvation or something else. And it only left roughly 10 million people out of the 8 billion people on Earth to survive. The Calamity’s name? It has many variations of the name such as The Barren Blight or The Endless Blight, but the most common name being used by the majority of the Survivors has been The Blight of Man.

The Survivors consists of everyday people to Assassins and Mercenaries to even a few Government Officials. Many of them have been forced to retreat to build their Cities and Homes in the sides of Mountains of Asia, while the majority made their cities in Australia, India, Indonesia, New Zealand, Papua New Guinea and Malaysia. Some even have their Cities as Moving Towns and Vehicle-like Homes armored heavily and given as much heat resistant material as possible. There are also theories of Mythical Cities that might’ve easily survived the Apocalypse. Surprisingly, Atlantis is the least common theory around. There are more popular rumors of a city in Sibera or Antarctica, along with a giant Aquatic city that might be based on sightings of ruined Aircraft Carriers.

Due to the Blight of Man’s rare uniqueness, there’s been many theories about what or who was the caused of this apocalypse. Some people turn to the Government, God or even Mother Nature to blame. Other theories are more strange, such as the claim of this era being dubbed “The real life Ragnarok”, the theory that a nearby Star had exploded and that “One of the world’s best Engineers made a huge mistake”. Some Conspiracy Theories include the idea that the Earth has now become the real-life version of Hell and even the idea that it’s “Humanity’s greatest trial yet”. And yet, none of the Survivors have been able to figure it out, nor even agree on what the Blight of Man truly is. Anyone who has a clue on what this phenomenon exactly is have either been quickly silenced or have gone missing for rather unknown reasons or causes, leading to more people putting more blame or suspicion on the remaining Presidents, other Government Officials and even a few members of the Military and Law Enforcement.
•••
The Blight of Man didn’t just induce the Temperature of the Earth. Somehow, it allowed Plants and Fungi to adapt to the new harsh wasteland much faster than Animals, seemingly Mutating them. This allowed these Plants and Fungi to be able to grant Abilities either temporarily or permanently. For example, a person can gain a temporary Empowerment from eating a specific Mushroom or gain a permanent Powerset by drinking from a larg tree’s Sap. Even Fruits and Seeds can transfer Power(s) through much easier means and therefore can give stronger results.

The Mutations have also heavily affected Animals, mutating them into Monsters that’re able to withstand the harsh weather and sandy wasteland. These Monsters—as they’re now labeled—pose varying degrees of threats to the Survivors, as some Monsters are harder to kill or even injure than others.

All Exterminators have a Codename consisting of the first letter of their first name and the last two numbers of the year they were born, such as K-04. However, some Exterminators can earn Nicknames depending on their reputation.
•••
Alongside Armored Drivable Cities—also called ADCs, Mechas and Weaponry such as Guns of higher Calibers, Explosives, Railguns, Plasma Weapons and Vibration-enhanced versions of Melee Weapons, Survivors also used advanced Martial Arts in order to increase their chances of survival. These are dubbed Blight-er Martial Arts, or BMA.

These are the variations of BMA:

Other BMA styles include Tidal Fist and Anti-Monster Wrestling, with more Styles being created as more people prepare themselves for the worst part of this Apocalypse.
•••
With the Exterminators having multiple tasks, there was a strong need to get those tasks told to all Exterminators without anyone else figuring out their doings or without bringing suspicion upon the surviving Citizens and Conspiracy Theorists. In order to successfully do this, the remaining Government Officials, Presidents and the Exterminators all together eventually created Code Orders.

Code Orders are orders that reward Exterminators in exchange for completing those Orders. The following are the levels of Code Orders:

Different Code Orders have varying levels of Rewards such as Food, Equipment, Weapons and Vehicles. Executive Orders, however, are the only ones that have the reward of meeting with Government Officials and Presidents.

They call themselves The Iron Remnants, and they supposedly live in an abandoned military base. This Cult—dubbed so because of their horrendous methods—have access to multiple items such as Weapons, Gear and old Military Equipment. They even supposedly have access to old Classified Files of the origins of The Blight of Man long ago thought to be lost or destroyed. Because of this, they use their ammunition to Blackmail, Torture and even brutally Murder anyone who don’t obey their commands, challenging the surviving Presidents themselves as they also have access to important Schematics, Locations and Personnel.

This makes them one of the biggest threats of the Survivors that aren’t the Monsters, as nobody has managed to locate their base. Some people even theorize that Iron Remnants have somehow infiltrated their way into the Exterminators and the remains of the Governments for rather unknown reasons and intentio
•••
Although most of the Survivors fear or hate the Monsters, there are those who worship, tame and even desire to become Monsters themselves. These kinds of people have banded together to create a massive Cult known commonly as The Beastial Order.

The Beastial Order have various degrees of motives, methods and even names. Some are devoted to taming and controlling Monsters, while others are worshiping them and try to become them through different means. Some of these people even eat or wear Monster parts.

While some of these smaller groups are malicious, some are actually benevolent but naive in nature. This has led to potential arguments with other groups within the Beastial Order and also serves as a drastic contrast to The Iron Remnants, who’re seen as completely malicious and vicious in perspective.

Here we are. To shake things up, lets take a look at a villain from the Broken Arrow Initiative! Keep a note of the number. If you know the tragedy of Jack Barrick, you’ll understand its meaning. Enjoy! Villain Name: Thrash (1) Real Name: Harry Gorrman Superpower: hyper tissue regeneration, body is basically a walking […]

Chapter 1 •••   The gentle mist of rain poured down on The Garden, creating a wet, messy and soggy ground underneath everyone’s feet. But everyone just keeps walking around, going about their day.   Onta—who was standing dead-center in a crowd—looks at a piece of paper. It reads:   “Amythest Casino is now open 24/7! Come […] 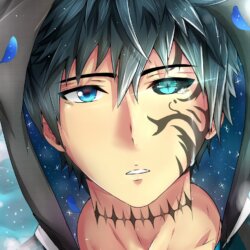 @peepso_user_492(OCverse_master)
cool
1 month ago 1 month ago