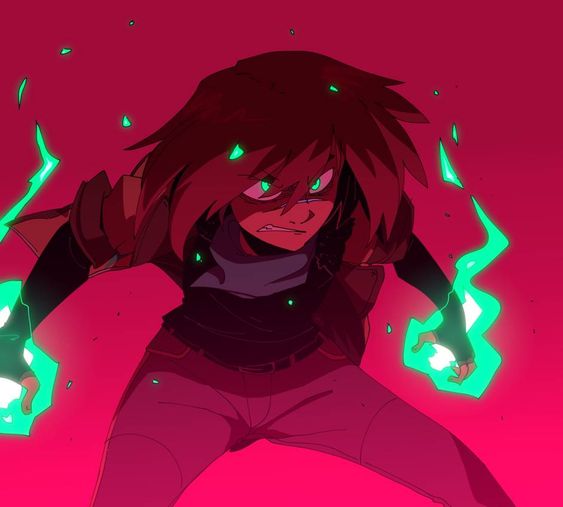 Personality: Even though most of the time she is seen stubborn and fierce, sometimes she can be shown calm, polite, content and warmly flattered.

Grand: “Angel That Riveled The Sun”
A grand that allows her flame powers to charge and bring up and soon out more of Tanya’s angelic side and power. The flames would make Armor, a sword, New clothing and even gives her a burning halo. 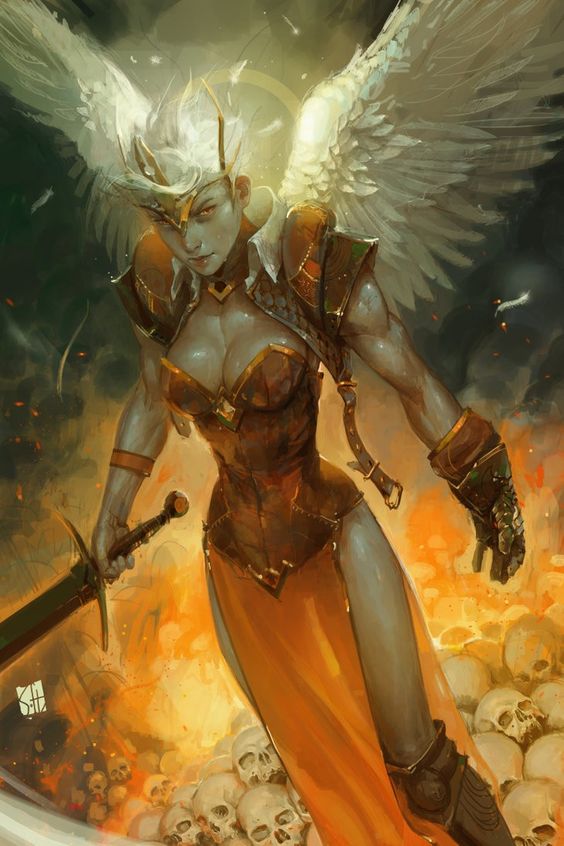 Tag Combo(s): “Couple’s Combo”
It’s nothing to special as it is pretty just a tag team that starts of with the two using their superior swordsmanship before Tanya and Clay finish it with a devastating Divine slash.

Can be rivaled by Demonic Magic.

May be counted by Demonic Force Manipulation.

Psychic Vampires can work around the her mmunity as they do not require blood to fuel their powers.

Transcendent Vampires may be more resistant than the normal vampire.

User’s blood must make contact with a vampire for the effects to occur.

Her boyfriend is her mortal enemy…yet her #1 Lover

Backstory:
The famous Demon/Vampire hunter, long lost daughter of the Angel Michael, Tanya Atrox. She’s stubborn, fierce, analytical and perhaps a little too rude. This isn’t surprising considering for someone with her position.

She was born in a small family, it just being her and her mother. She lived in peace until she was about 15 years old, but at that point things began to change.

After hours of sneaking around in her mothers things, she’d soon find out not only was she a Neph: The child of a Angel and Human. She was the only daughter of the War angel..Michael.

After countless hours of explaining and soon training from her mother, she made a fortune in a weird world. But with her determination and powers, there’s nothing to stop her from fulfilling all dreams. She could quickly become a person of  importance mostly by demons and vampires that want her dead.

But things could change quickly; she is currently still trying to perfect her skills. She feels like there’s more to learn in this world. And for as long as she lives, she will complete her goal: To purify the world of any and all evil in the world, with every ounce of her might. But during her worst of times she found a light a man named Clay Altrose, a man who seemed to help her during one of her adventures.

Both bonded quickly over their occupations that involved hunting the supernatural and their strong yet odd family history. Quickly, the two began to work together, fighting as one and doing so with unnatural perfection. As time went on and on..the two seemed to grow closer..their friendship soon turning into something more romantic.

Extra Info:
She plans to meet her father one day
Her kill count is in the 100’s
One of her kills resulted in a man becoming a pseudo vampire
She likes being called Clover eyes

“ I am a woodcarver. My job is to turn nature into perfectly, sculpted pieces of work. Normally I would ask a lumberjack to cut down the trees for me but I don’t have enough money for the job. So I had decided to cut it down myself! After all, I need to pay my […]