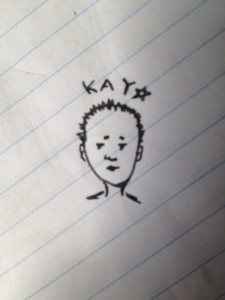 – has a type with short long hair furry girls, with buttons -lives with her grandma from Sydney – probably listens to girl in red 24/7 (and maybe lemon demon) – dates a western girl – both top and bottom (mostly top) – works as a detective – hates the heat – has […]

Just when I thought we would reach our destination again, something else pulled me out of my path. Chef Mariloft and I were dragged to another world, a barren wasteland. The temperature was awful. It felt like an oven, but then something came out of the shadows of a cave, a giant boy. To be […]