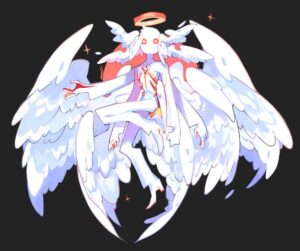 Mallkim is a human, that much cannot be disputed. However, rather than being part of the race of humans we know today, he is much….different. Mallkim is a Primordial. He is one of the first humans to exist in this world, which gives him a major advantage. Due to being so close to the the […]

Hehehe, I forced him to make this

Name: Jackson Jonathon Lewis Alias: JJ, LJ, Jack, Jack-Jack, Jon, Mr. Lewis, 4th waller, The Mistake Alignment: Chaotic Neutral Appearance: (But please, imagine his skin as darker, as he is mixed..) Species: Electric 4th Waller Age: It is unknown what his age is as my author forgot it Personality: Uh, pretty much like deadpool…cept I’m […]