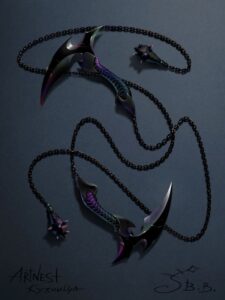 Fighting, Failing, Falling, and Fear (pt. 1 of the prequel to The Screams Of Silence)

It was a constant struggle for me. Nothing was ever right. My life was always in chaos. Never once could I take anything more than necessary. And that meant my breaths too.I knew that the torture was all over, finally, when a bullet went through my brain. Or so I thought. Until that moment when I became […]