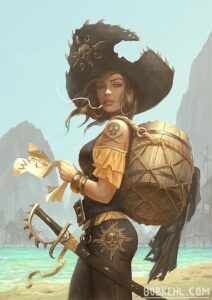 The Necropolis: Part 3 of Origin

Just from that excerpt alone, one could tell that the world is in a state of absolute chaos. With similar cases to Rebecca all over the world, official governments didn’t know what to do. However, after six months, they came up with a plan called The Anti-Undead Plan. It was projected to end all […]