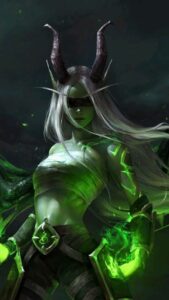 Name: Louie Cascade  Species: Quaquaval  Gender: Male  Age: 23 (born January 9) General Information: Louie is the younger cousin of Aloe Vera and a Quaquaval. As a dancer and a professional baker, Louie is often on good terms with some of the staff at Estrella. He’s very organized and clean in contrast to his brother’s hoarding habits, but he doesn’t […]