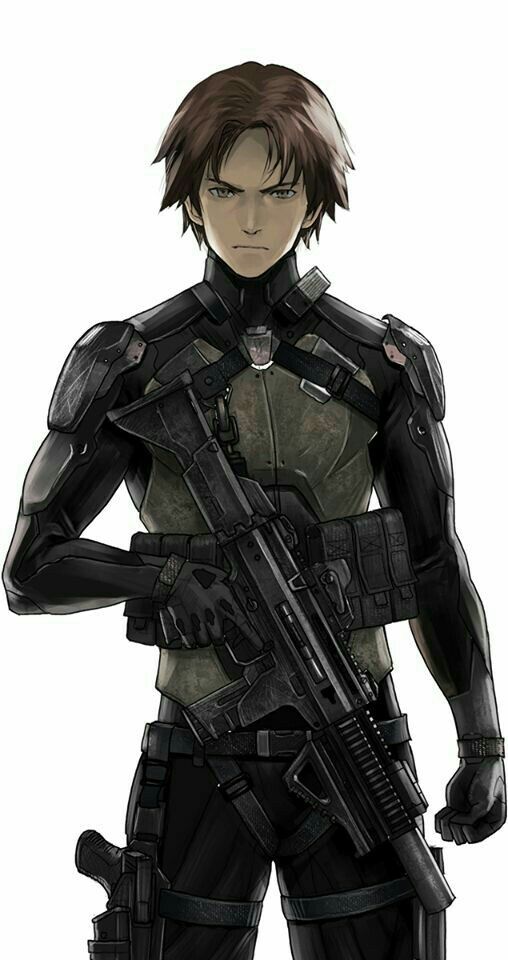 (With Armor) Armor has resistance to low caliber hand fire, fire, and electricity 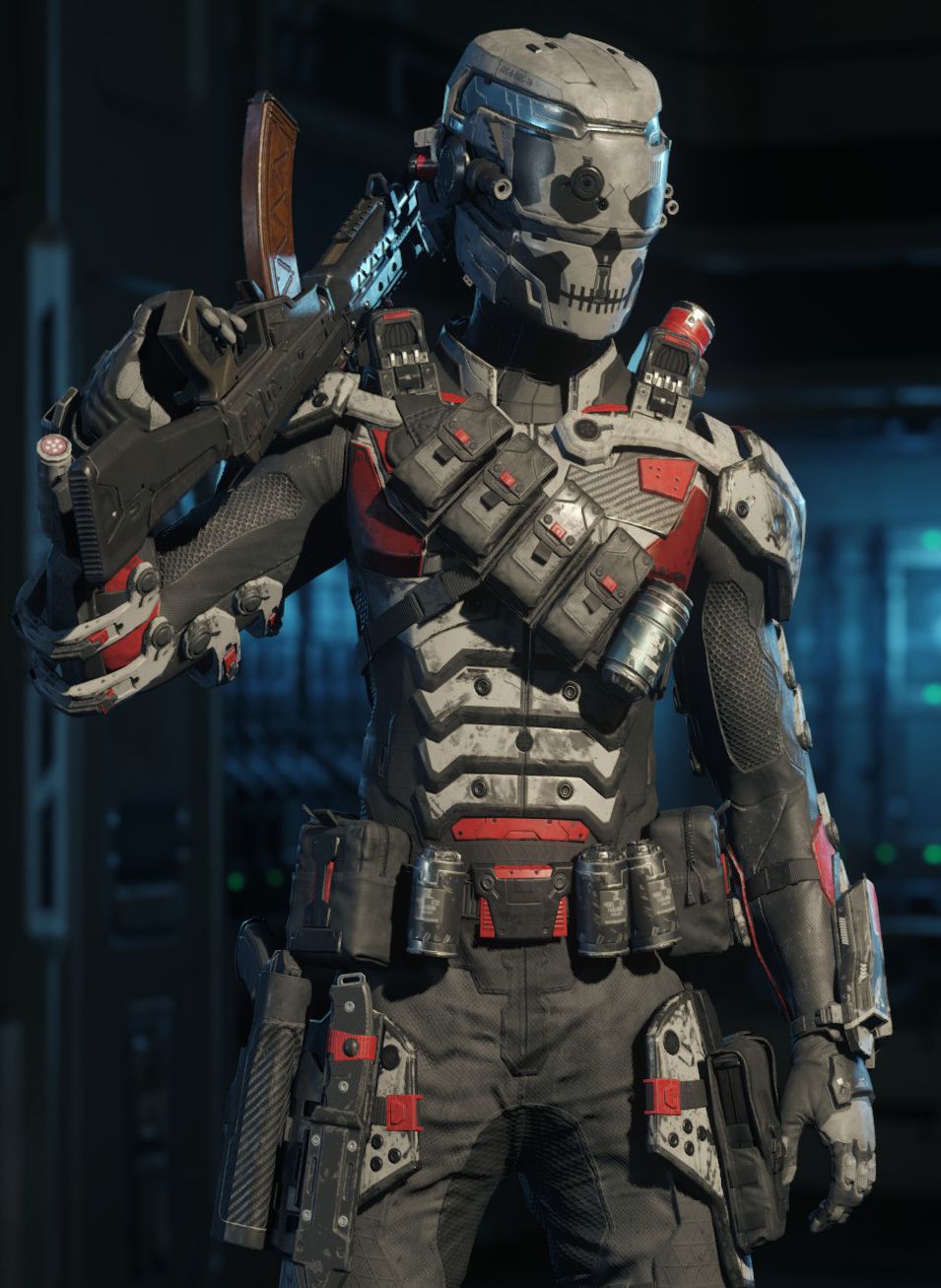 Personality: On the battlefield, Eric takes pleasure in the act of killing, and shows a degree of cockiness, openly calling even his teammates amateurs, but maintains a calm demeanor when his team loses confident that victory will eventually be achieved. He is extremely secretive and quite not giving out anything about. He doesn’t find use in friendships or love.

Pronouns: His/He/Him (But Call him They as you won’t know his gender)

Weapon/Paraphernalia: Eric being a Soldier has been known to use most guns and melee weaponry, but here are some in his possession or currently being held (Will be told) 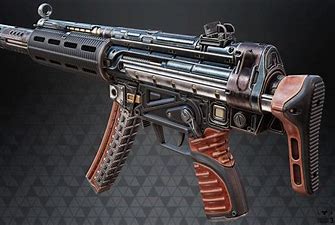 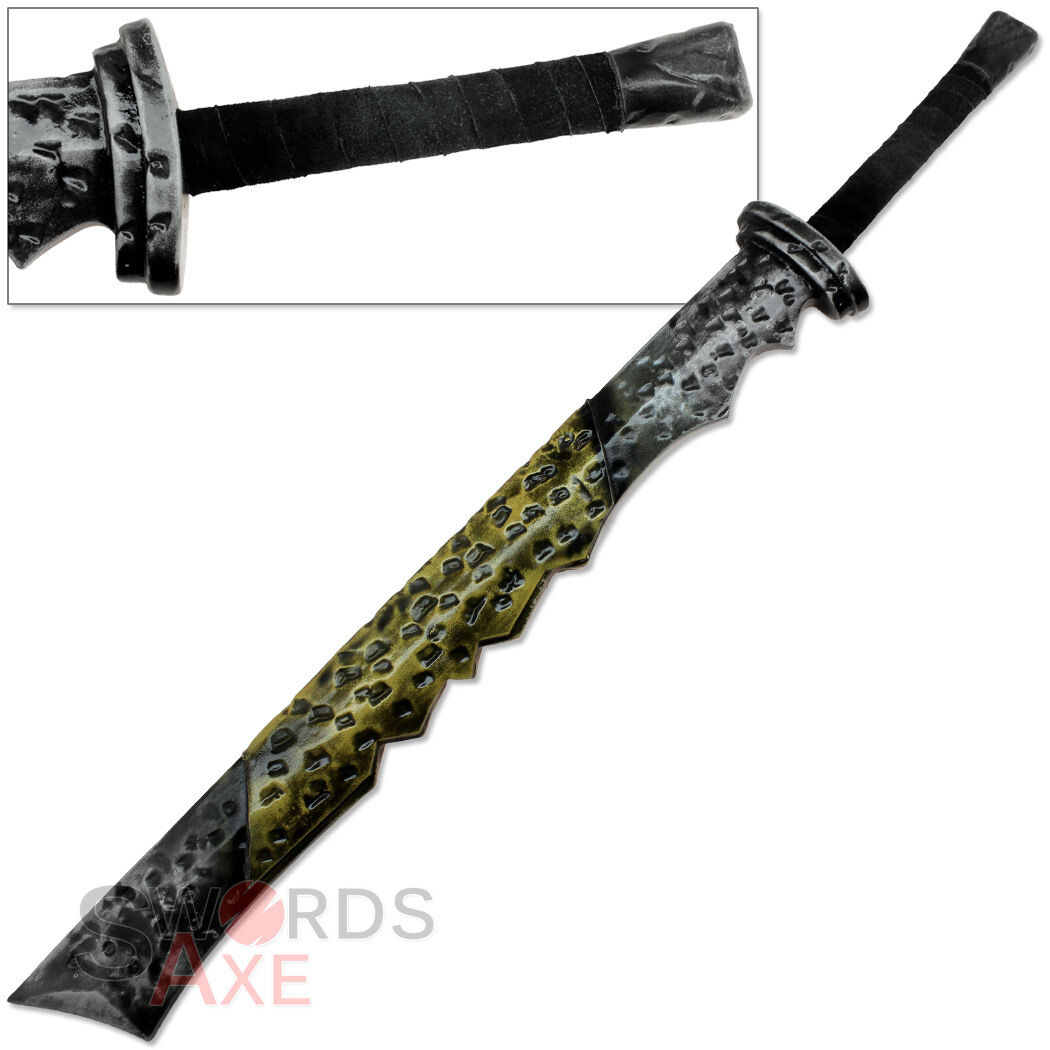 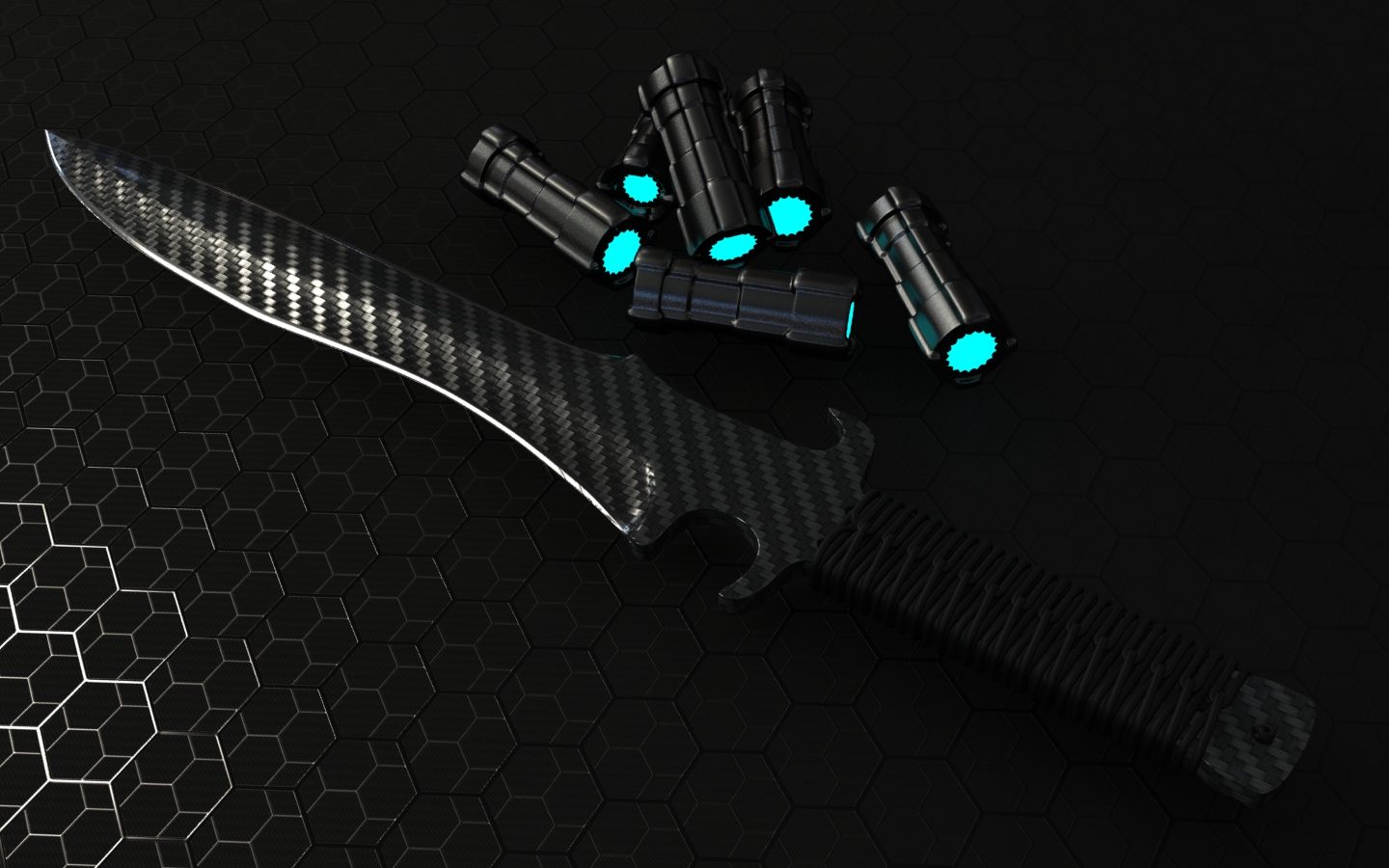 And his most used weapon: The Ripper 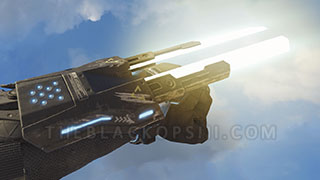 The ripper is is a mono-edged twin blade that Eric uses in close combat.

Artificially Enhanced Physiology: He is classified as enhanced human. He possesses powers superior to any Olympic-level athlete that has ever competed. Also, his physiology is definite, meaning that if Eric chooses to live an unhealthy lifestyle, none of his powers would weaken, and the Serum in his bloodstream will keep him in top physical form.

Enhanced Strength: Eric’s physical strength is enhanced to the very peak of human potential, making him consistently able to sustain lifts 900 lbs, and bench pressing 1,100 pounds (500 kg) as a warm-up.

Enhanced Speed: Rogers can move at speeds equal to that of the absolute finest human athlete, being capable of running at a sustained 44 MPH. He was able to complete a 40-yard dash in 3.82 seconds, or a mile “in just over a minute.”

Enhanced Durability: Eric’s durability is amplified to the highest human potential making him very durable. This has allowed him to survive many forms of extensive punishment throughout his career that would injure an ordinary human. Survived a full force spin kick to the chest from Aer

Enhanced Agility: His agility is amplified to the highest human potential.

Enhanced Reflexes: Reflexes are amplified to the highest human potential, and he is said to have a reaction time 11 times faster than a normal person. He has been shown to dodge gunfire from multiple shooters simultaneously.

Enhanced Stamina: His body automatically eliminates the excessive build-up of fatigue-producing chemicals in his muscles; giving him exceptional endurance. He could also resist the freezing cold waters of the Arctic and the scorching heat of the desert.

Healing Recovery: Healing speed and efficiency is enhanced peak ability, meaning he heals faster than the average person. The white blood cells and Super-Soldier Serum in his body are efficient enough to fight off most microbe, foreign body, and other pathogens from his body, giving him a high immunity to all infections and diseases.  Eric has stated his metabolism is too fast for alcohol. He is also more resistant to knockout and hypnotic suggestion, though is not immune. His body has healed from and survived things that surprised even his boss: Surviving a high fall, getting his fingers removed only to have them grow back, had an entire arm sliced off on for it to heal in just 2 hours.

Enhanced Mind: Mental performance is greatly enhanced allowing it to operate in the most advanced and rapid manner possible.  He possesses a photographic memory and perfect recall, meaning he never forgets what he sees and experiences, paired with the ability to speed read, and can thereby intuitively understand what’s likely going to happen and how best to deal with it.

Enhanced Senses: Rogers’ senses of sight, hearing, smell, taste, and touch are enhanced to the highest limits of human potential.

Hearing: Can detect heartbeats without conventional means such as placing their ears to a person’s chest, with this he can even tell when someone is lying by listening to their heartbeat

Sight: Can see objects in clear and detail at long distance, and has accelerated perception with his helmet

Smell: His sense of smell was so good that he is able to pick up the scent of a shape shifter, smell his way through Illusions, and tell who the real one is when it comes to clones

Touch: His sense of touch ties in with his blindsight in the sense that it is used when there are enemies behind him by feeling motion in the air currents and the ground

Longevity: Age extremely slower than others, no one not even himself knows how old he is.

Invisibility: Eric has the natural ability to go invisible

Inaudible Movement: His stealth combined with his sound suppressing shoes allow him to move around not making the slightest sound

(Jack the Ripper) (“And you wonder why people don’t fuck with me..”): A move where he uses his signature weapon to slash his enemy twice in swift motion

(Gutted) (“Just like a fish”): Eric performs a series of knife attacks to his opponent.

Supernatural Sense of Smell or Sight

He was born and grew up in a small family in a large town, he lived free of trouble until he was about 4 years old, but at that point life changed. He lost his real mother in a government takeover and was now part of a sinister group who claimed they wanted to make the human race better. With a childhood friend he had to survive in an unkind world. But with his wits and bravery, he managed to find a new home and face all obstacles. This has turned him into the man he is today.

Has a pet cat named Charlie

Is a cat person

His co-worker is named Tanya

Real Name: Felicity Pittman Hero Name: Hysteria Codename: Moodswing Superpower: is able to control different elements depending on her mood (anger is fire, sadness is water, excitement is lighting etc) Class = Mystical (No current explanation as to how this is possible) Backstory: was bullied quite a lot for her weirdness and energetic personality. Her […]

The Association of Super Beings and Extraordinary Humans: Chapter 1

Where was I again? Oh yeah! Also don’t ask about the chapter numbers, this wasn’t my idea and I’ve got not clue how to actually write this so bare with me. Anyway, back to the story. I had just bumped into one of the two people who honestly I consider some of my closest friends […]

The Association of Super Beings and Extraordinary Humans: Chapter 17

That fucking tape man. No matter what we tell ourselves, we’ll never forget what was on that god forsaken tape. It’ll haunt us all for the rest of our lives. We were up well into the early hours of the morning and we had all fallen asleep in the common area of our bunkhouse. We […]