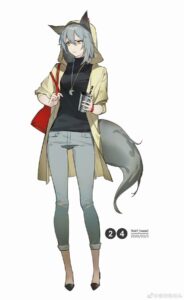 (Okay I need something to be known, Noah is a werewolf but in my history baby werewolf’s ears are entirely magic so they can’t feel if they are tugged on, touched, etc. The Diamos clan (Noah’s Clan) has a ritual then preform on children 3 months after birth where they use magic on the child […]